Big things coming from our Board!

Our Seattle Perugia Sister City Board has been hard at work this week, planning out our next year of programming. Stay tuned for some fun updates! 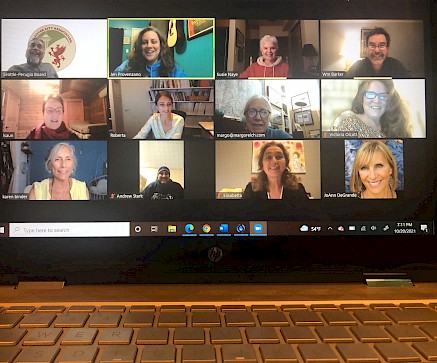 Meet the new President of the Seattle Perugia Sister City Association, Germán Rodriguez! Although elected this September, many of you already know Germán from his 15 years on the SPSCA Board doing work in our membership outreach, fundraising, De Poi and l'Universita per Stranieri scholarship committees, and the Sister-City market scheduled each fall in Perugia. 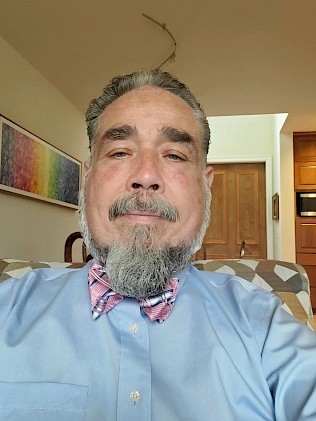 Germán retired this year in April 2021 from geriatric social work with Washington State, having done that for 25 years. He was born in Old San Juan, Puerto Rico, and began studying Italian in college. He came to Seattle in 1983 and continued to take Italian lessons, and he now co-leads our Tavola Italiana bi-monthly Italian conversation group. He also studied at l'Universita per Stranieri on SPSCA scholarship in 2013, and claims to be one of the descendents of Christopher Columbus himself!

President Rodriguez looks forward to the future and our continued Seattle relationship and sister city-hood with Perugia, Italy, all with your support in membership, saying: "The culture enrichment between the two countries is what you get with donating [to our organization], the ability of getting to know people from all over the world. Having experienced Perugia, I've met and kept in touch with people and places I didn't even know were in existence. It really opens your mind. I give thanks to the organization."

The organization thanks Cindy Musto, outgoing President, many thanks for a great year as our leader; we accomplished many great projects and programs despite the ongoing pandemic.

We look forward to Germán's leadership and all that we have on the horizon, stay tuned!

Happy Easter, we wish everyone a safe holiday as we celebrate the 2nd Easter during this global pandemic.

In Catholicism’s holiest week, much of Europe is still in a state of lockdown due to Covid-19. Many church ceremonies are cancelled in Italy, and currenly only two adults can visit family at a time due to social distancing guidelines.

But our friends in Perugia, Italy, are luckily largely still getting to enjoy the famous meals that are traditional to Easter feasts. This includes meat, and sweet cakes. All while enjoying the fresh new flowers coming up at the arrival of spring. 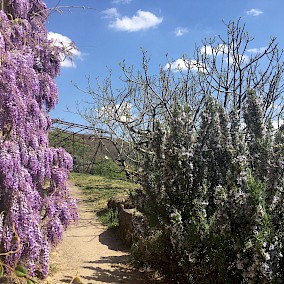 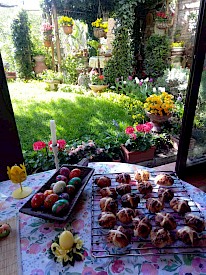 Our friends in Perugia today are celebrating St. Joseph's Day, as well as Festa del Papà in honor of Joseph, Mary's hushand in the bible. This Italian Fathers Day celebrates fatherhood, and of course with all of the sweets!

Our Perugia friend Maria Lucia tells us her mother always made zeppole with puff pastry, and children enjoy chocolate. The photo of the tart with a fruit heart changes according to the fruit in season/available. When it's safer to do so, next year you can expect more in-person religious masses to mark the occasion, carrying dried fava beans that have been blessed, as well as the wearing of red clothing when out celebrating. 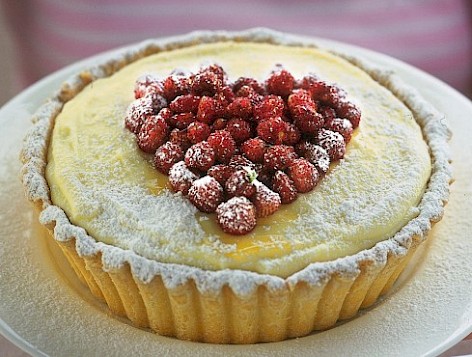 Our friends in Perugia explained that this year was naturally more subdued for Carnevale in February. Usually celebrated with parties and parades including masks and music, 2021 was a quieter event at home. But not without traditional sweets such as struffoli and frappe! Take a look at some of the photos they sent of the delicious desserts and table settings our Italian members created. 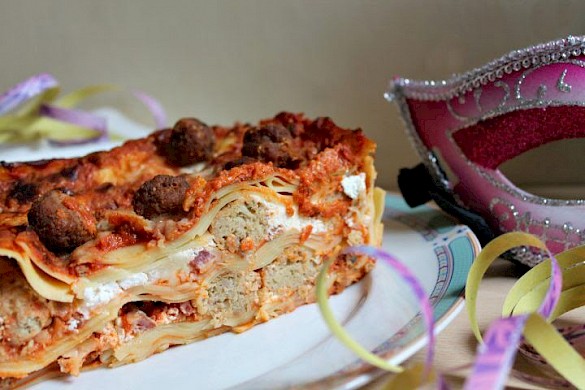 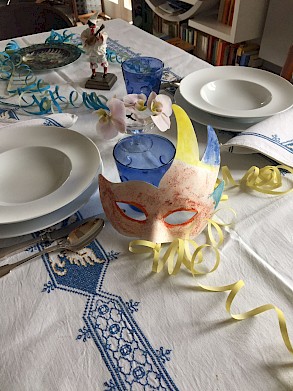 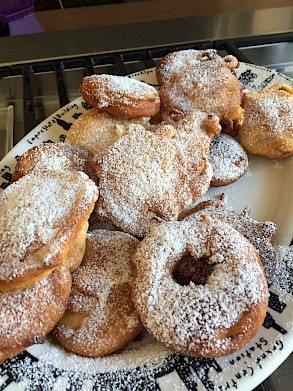